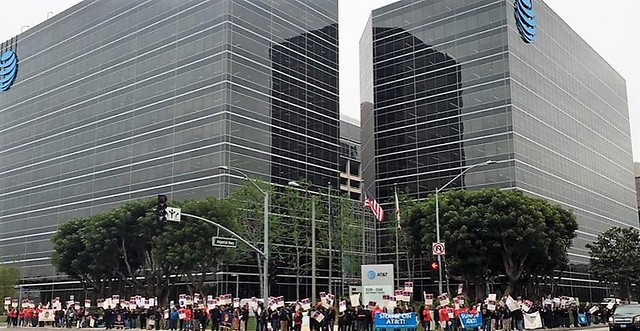 Today your Bargaining Committee met in formal session with AT$T where the Company presented a package proposal, which for the first time included a wage offer that fails to meet the rising standard of living or the increased healthcare costs that the company has on the table.  The package proposal contained 8 of the Company’s 24 proposals.

The Company has moved slightly off of its Illness Absence proposal regarding wait days and has made no movement whatsoever on proposals 5-8 listed on this bulletin.  The Company’s other 16 retrogressive proposals remain on the table.

Your Union Bargaining Team is fighting every step of the way to bargain a fair and just contract.  With your continued mobilization and support, we will prevail!

Let your supervisor know every day, that you want a FAIR and JUST contract – NOW!