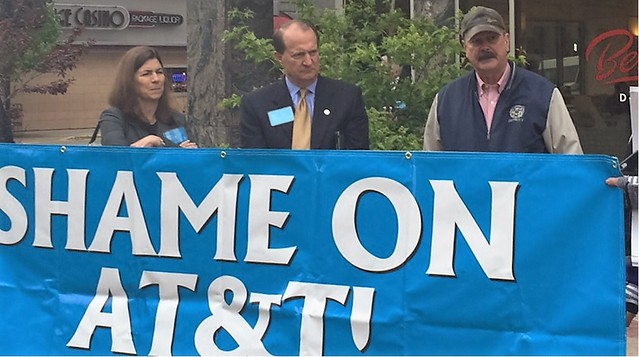 Ellen West, CWA Bargaining Chair, wrote a statement that was distributed at the meeting.  Treating new hires as second class citizens with escalating healthcare costs and by eliminating retiree healthcare coverage and pensions makes no sense for such a profitable Company.  West explained the record breaking profits this Company has made on the backs of our members’ labor and how we are doing nothing more than asking for our fair share.

Although we remain far apart on many key issues, hopefully our message at the Shareholders meeting will stimulate some activity at the bargaining table.  We remain ready to bargain when the Company gets serious and removes its retrogressive proposals.